1)  The Amazon is the largest rainforest in the world covering an area of 2.7 million square miles (6.7 million sq km). One of the most interesting things is that produces more than 20% of Earth’s oxygen by the Amazon rainforest, which is why it is known as the “lungs of the Earth”. The Amazon rainforest covers nine countries: Brazil, Peru, Colombia, Bolivia, Venezuela, Suriname, Guyana, French Guiana, and Ecuador.

2)  As we already know that all the light we see is made up of a collection of photons that propagate in space which consists of electromagnetic waves. But the interesting thing is that it can take 40,000 years for a photon to travel from the core of the Sun to its surface, but it takes only 8 minutes to reach the rest of the Earth.

3)  everything in the world is made of atoms, an atom is the smallest particle of an element that can exist alone or in combination. It is the smallest component unit that has the properties of a chemical element. You Know, there are 7.84 times as many atoms in 1 teaspoon of water as there are teaspoons in the Atlantic Ocean. 5)  As we know there are 9 planets in our solar system which include Mercury, Venus, Earth, Mars, Jupiter, Saturn, Uranus, Neptune and Pluto, all of these planets, with one exception, rotate counterclockwise, of them only A planet rotates in the opposite direction. Venus is the only planet that rotates clockwise.

7)  DNA, or deoxyribonucleic acid, is the hereditary material in almost everyone, whether humans or any other organism. There is enough DNA in the human body of an average person to stretch from the sun to Pluto and return 17 times

8)  Some metals are very reactive; when water comes in contact, they explode. Lithium, potassium, rubidium, sodium and cesium these chemicals elements explode when they come in contact with water.

9)  Do you know that the body of an adult human produces about 2.4 million red blood cells per second, mostly within the bone marrow. It takes 60 seconds for a single blood cell to complete the circuit of the body

10)  You will be surprised to know that when a newborn baby comes to this world for the first time, there is only one cup of blood in his/her body. Another interesting thing is that around one in every 3,000 newborns in this world is born with at least one tooth. 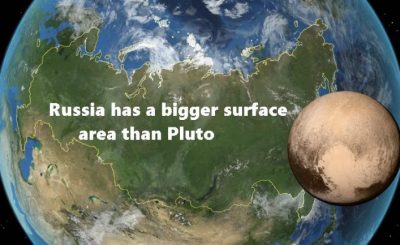 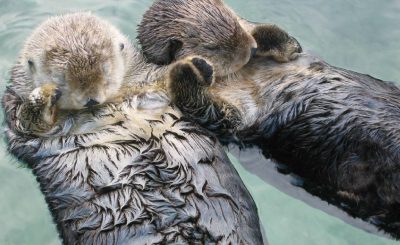 Do You Know the Amazing Facts About These Animals?